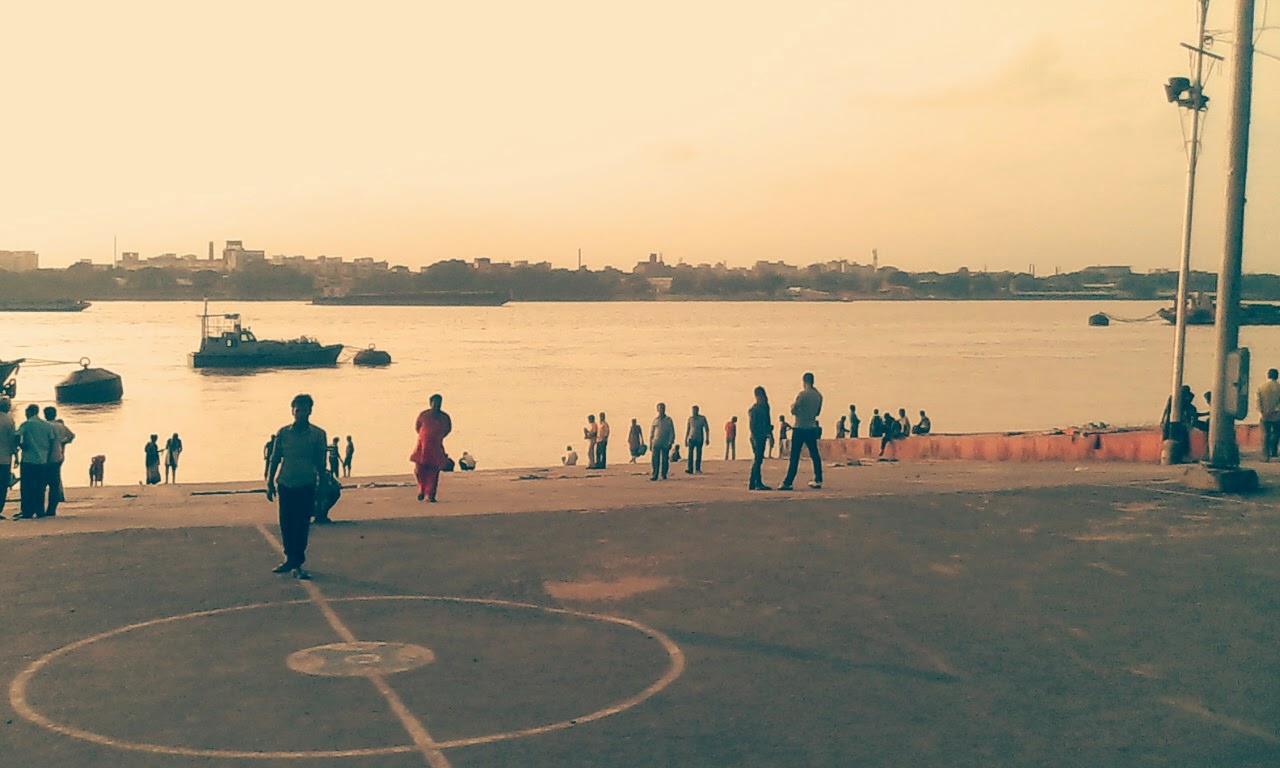 In the Midst of all, Chapter-two Part Two; The Breeze

"After days of seminars, assignments and sleepless nights, I am looking sood. Yes, Why not?" Devyani smiled with her usual sarcasm and rolled her eyes.

"You didn't call for an entire month and then today you call me up asking if  I am free for the weekend and ask me to pack my bags, what's all this?" Mrinal enquired while searching Devyani's brown, almond shaped, symmetrical eyes.

"Wait and watch." said Devyani closing his eyes with her palm, so, that he doesn't read her, she hated that someone should go beyond her skin. "Come on we have to go" said Devyani.
"Where to!"
"Well... let's see"
Devyani rushed in the ticket booth her shoulder length hair, bouncing catching the wind around in it's vice like grip. Mrinal placed his eyes on Devyani's receding figure, her spine was beautiful and where it ended to meet her hipbone, it created a pool, a pool of carnal desires and no matter how ill fitting her clothes were to conceal her frame, her clothes somehow clinged to her body now and then. Her bones were the best part, she was not skinny, her frame didn't allow that, her bones were strong and stood out softly but prominently at the right places, her flesh and skin were wrapped around them to contradict it's strength with their softness, she was fair but was often had a copper hue to her because she tanned a lot, her skin radiated a soft glow and was soothingly cool to touch, the moment when Devyani touched Mrinal's eyes he felt her skin for the first time, it had some intoxication of sorts. She didn't have typical Bengali dove eyes but they were a bit on the smaller side, deep set, almond shaped, symmetrical, brown and intense but calm, her nose was funnily raised as if the first thing to bump on things and her lips had that perfect bow and oozed desire without her knowing, Mrinal craved for her, her body, he just wanted to feel her but so, far he had known her, that is for the last three months and teice they had met on a casual date, she was casual, laid back and was distant, detached and he didn't hope that they will grow closer than this ever, he was charming, women fell for him, he never had to try hard, he left women wanting more he had this X factor about him but he didn't know how to handle this lady and this made him crave like crazy for her, he wanted to possess her, tame her unruly soul and most of all feel her softness against his body's heat.

"Two tickets to Delhi Please" Drvyani chirped in with her usual beaming smile that made the grumpy man at the ticket counter smile. She grabbed the ticket and the change uttered a quick and hearty "Thank you"  and rushed in, no, she didn't run, she walked and walked real fast with her "sorry" and "excuse me" as usual.
"Here you are" said Devyani handing Mrinal his ticket.
"Delhi!?"
"Yessss! Delhi....let's go."
"But Honey...a cattle class ticket?....let's get an AC reservation."
"First, bees have not made me, so, I am not honey and second it's a three and half hour run  so, who needs an AC in winters? Let's rush, the train arrives in fifteen minutes."
Devyani takes the backpack off Mrinal's grip and walks on at her usual pace turns once "You are coming?" enquires "Why not, Sure." replies Mrinal shaking his head and smiling his beautiful and tranquil smile. "Crazy breeze" he thought about her as he caught pace.

The train came in and Devyani and Mrinal boarded and fished in two window seats they put their luggage at the top rack and settled in and stayed silent.

"You are beautiful." said Mrinal.
"I Know"
"What is it that you don't know." he said moving forward a little in her direction.
"Well tell me that I don't know of  as of now."
"You know you talk to much."
"Fine, then we part our ways on reaching Delhi or do you want me to take another seat?" said devyani smiling as she got up but Mrinal held her hand "Stay." he whispered.

Devyani shuddered, she remembered another whisper, years back.

"Don't whisper" she said sitting down.
"Why?"
"Just like that."
"you won't tell, I know you won't tell."
"You know that then why are you asking?"
"Don't know, maybe just want to know."
"You needn't know me, you will get what you want without that."
"What?"
"Nothing... the view outside window is nice."
Devyani looked out of her window and closed her eyes and started feeling the wind kissing her face while Mrinal sat there, staring and a bit unsure of the lady's intentions...